Previously, Emmanuel Sabonnadiere was CEO of the Business Group Professional of Philips Lighting based in Amsterdam (NL). From 2008 till 2014, he was CEO & Chairman of General Cable Europe based in Barcelona (Spain). Emmanuel Sabonnadiere was CEO of NKM Noell at Wurzburg (Germany) from 2005 till 2008. He was vice-president of the Distribution Transformers division of Alstom T&D for 5 years. He began his career in 1992 with Schneider Electric holding various positions including that of Managing Director of development for equipment units.

Emmanuel Sabonnadiere has a strong technological background combined with a successful business track record over decades. With 25+ years of executive leadership of large operations, he had produced successful operating Result and great Team building. He had gained a sound experience of change management in large multi-cultural matrix organizations in order to adapt to the new markets conditions and a strong knowledge of European and International environments. He designed and set-up Strategic Plans including innovation process. Emmanuel Sabonnadiere believes in operational excellence, innovations in technology, talents management and enthusiasm in leadership.

Emmanuel Sabonnadiere obtained a PhD in physics (France), and an engineering degree in Information Technology (France). He holds an MBA (France).

Emmanuel Sabonnadiere is a fully qualified instructor at the ski school in Les Ménuires, and member of the Advisory board of IAC.
Speaking At
Accelerating Digital Transformation in Europe in 2020 & Beyond Panel 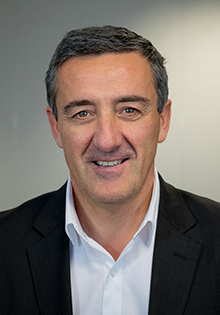